Hollywood star Jennifer Lopez (Jennifer Lopez) And Ben Affleck got married in Georgia and now this new couple is getting a lot of congratulations. Singer-actress Jennifer and Hollywood actor Ben are back in a relationship after 20 years and have decided to be with each other again. Fans were desperate to see the pictures of this famous wedding and some pictures were also leaked on social media. Now Jennifer has shown a glimpse of her wedding on Instagram and has made her fans happy by sharing pictures on her website.

The Hollywood actress shared her pictures on social media on Tuesday. Jennifer Lopez shared a close-up photo of her bride on Instagram. In this picture, we are getting a beautiful glimpse of Jennifer wearing a white net dress in a veil. Along with this, in the caption, the actress told that she has shared the pictures on her website. 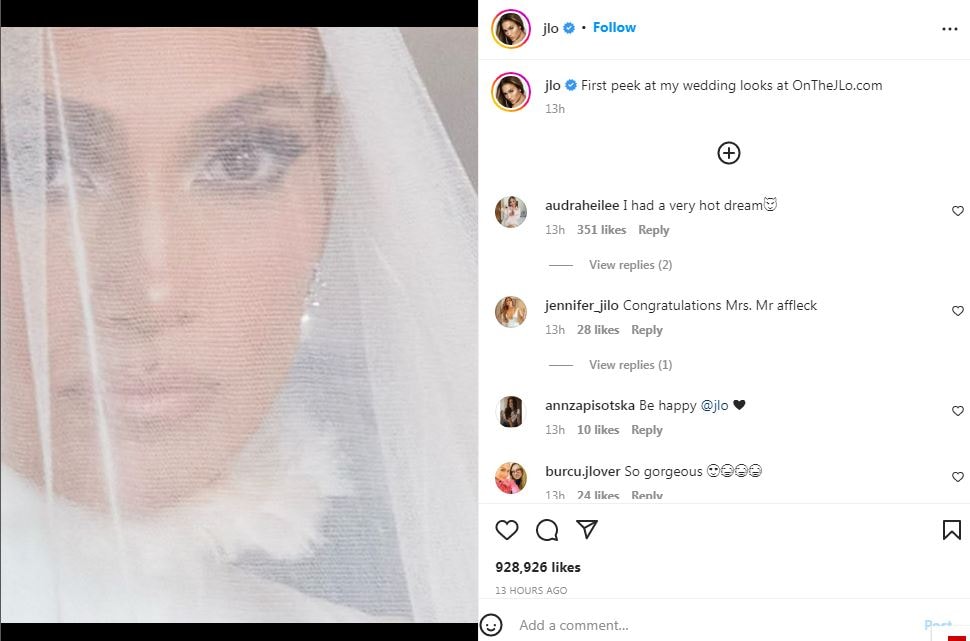 The actress’s dress is made in 700 hours
Jennifer Lopez’s fans are congratulating her on her marriage and saying that she is a beautiful bride looking at this picture. Jennifer Lopez wore not one but three wedding gowns in her grand wedding. All three gowns are one after the other. It is designed by Ralph Lauren. The designer has given a classic look to every gown. About 1000 handkerchiefs were turned into ruffles and fitted into larger skirts. The cathedral-length veil made the dress graceful. 30 artisans spent 700 hours on this dress, studded with silk and tiny pearls and Swarovski pearls.

came again after 20 years
Jennifer Lopez and Ben Affleck married in Las Vegas in July. According to media reports, the children of his first marriage also attended the wedding ceremony. Let us tell you that both of them met for the first time in the year 2001 and both got engaged but broke up in the year 2004. Ben then married Jennifer Garner and became the parents of 3 children. Ben and Garner got divorced in 2018, but the two are still good friends. Jennifer Lopez married Marc Antony in 2004 and became the mother of two children. They also divorced a few years later, and about 20 years later, Ben and Lopez were reunited.

Digvijay Singh is not contesting the election of Congress President in...