The US State Department has approved $1.1 billion in arms sales to Taiwan following China’s aggressive military operations in the Taiwan Strait, inspired by the visit of US House of Representatives Speaker Nancy Pelosi to Taiwan. In this way the dragon gets swollen. 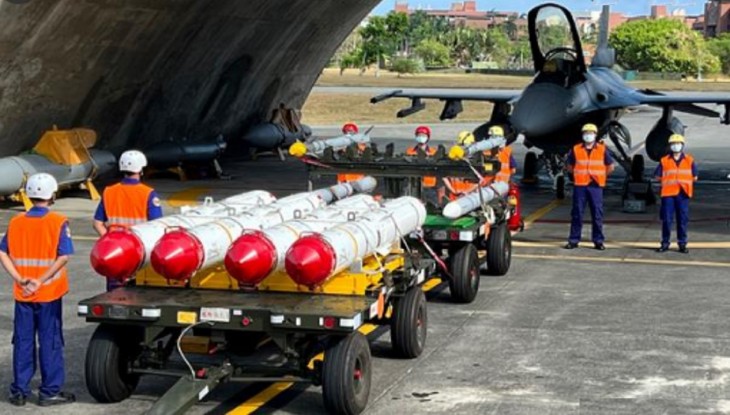 The US again provoked China by allowing the sale of arms to Taiwan. (photo credit: News Nation)

US approves $1.1 billion in arms sales to Taiwan amid tensions with China. According to the Pentagon, these weapons include 60 anti-ship missiles and 100 air-to-air missiles. this package China It has been approved after aggressive military exercises and threats of attack in the Taiwan Strait. It is noteworthy that last month the Speaker of the US House of Representatives Nancy Pelosic Visited Taipei bypassing Chinese objections. This allowed the dragon to enter the Taiwan Strait Taiwan Why is it more aggressive than when the siege was announced? military drill What was done After Pelosi’s visit a delegation of US lawmakers also visited Taiwan.

Taiwan to get Sidewinder and Harpoon missiles
The sale will provide $85.6 million worth of Sightwinder missiles and related equipment to Taiwan, according to the Pentagon’s Defense Security Cooperation Agency (DCSA). The Harpoon missile and related equipment worth $355 million will also be provided. The US will also provide equipment worth $665.4 million to modernize Taiwan’s surveillance radar program. DCSA also said that the sale of these weapons to Taiwan would not change the basic military balance in the region. Significantly, Taipei had also adopted a strict policy against aggressive activities of China and warned that it would shoot down fighter planes including Chinese drones in its border.

China’s strong opposition to arms sales
The approval of arms sales to Taiwan has made it clear that the Biden administration is standing behind it. Taipei is currently under tremendous pressure from China’s aggressive attitude. During Nancy Pelosi’s visit, Dragon explicitly stated that he would not hesitate to use military force to take control of Taiwan, a democratic country. After the deal was approved, Taipei issued a statement saying that China has never ruled its islands. So there is no right to confiscate it. Meanwhile, as expected, China strongly objected to arms sales to Taiwan, saying it could lead to cross-strait tensions.

Ranveer Singh talks about his relationship with Deepika Padukone amidst separation...

opinion | European reindustrialization must be a priority