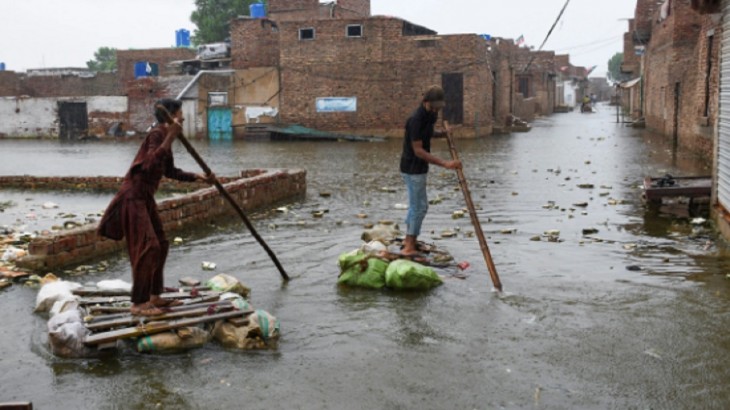 Heavy rains have wreaked havoc in many areas of Pakistan. The government has declared a state of emergency to deal with the flood situation due to monsoon rains. According to government figures, the rains have affected 42 lakh people so far. It is significant that the monsoon is very important for agriculture in the Indian subcontinent. Simultaneously, lakes, ponds and ponds as well as dams are constantly flooded with monsoon rains, which provide water for irrigation and other essential works throughout the year. However, floods caused by rain also cause heavy destruction. Pakistan is also facing its wrath.

34 people died in 24 hours
Pakistan’s National Disaster Management Agency said on Friday that more than 900 people have died in floods so far this year. 34 people have died in the last 24 hours. In June, the monsoon has wreaked havoc in many parts of Pakistan with floods. The worst floods in the history of Pakistan occurred in 2010. According to officials, this year’s floods can be compared to that flood. Two thousand people died in the 2010 floods. Every fifth citizen of the country was battling the havoc of water. According to Rahim Baksh Brohi, an eighty-year-old farmer living in Sukkur in South Sindh province, I have never seen such a disaster in my life because of the rain.

Floods in Sindh destroyed 20 lakh acres of standing crops
Thousands of flood-affected people in rural Pakistan like Tara Rahim Bakhsh have also taken shelter on the highways. Due to rising water levels, thousands of Pakistanis have taken refuge on highways between the flooded areas. According to the disaster agency, 42 lakh people have been affected by the floods. 2 lakh 20 thousand houses have been destroyed by the floods and 5 lakh houses have become unlivable. Not only this, two million acres of standing crops have been destroyed in flood waters in Sindh province alone. The horrors of floods have posed a severe crisis of bread for two times in front of lakhs of farmers. One of them is Nasrulla Meher, whose 50 acres of cotton crop has been flooded.