Located in the northwest, Xinjiang is the largest province of China, which shares borders with 8 countries of the world. It was not a part of China until the 18th century. It was taken over by China in the 18th century. 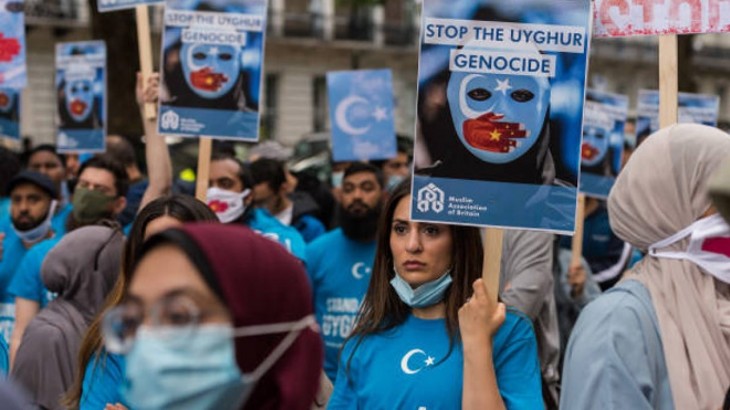 Located in the northwest, Xinjiang is the largest province of China, which shares borders with 8 countries of the world. It was not a part of China until the 18th century. It was taken over by China in the 18th century. The people here did not match China in culture and language. In 1949, when civil war broke out in China, Xinjiang declared itself independent, and Communist China withdrew in the same year. Most of the population here was of Uighur Muslims, on whom China has been hiding from the eyes of the world for a long time. After a long wait, the United Nations has released a report on the atrocities on Uighur Muslims in China. This report has tarnished the image of China. China, which is friends with radical Islamic countries like Pakistan, actually thinks about Islam. When the report came out in the world on August 31, China was shocked and without wasting any time immediately denied the report. What does this report say? What is the story of China’s atrocities on Uighur Muslims? Let us try to understand you through your report.

Who are Uighur Muslims and why are they copying in China?

The Uighur Muslims living in China belong to the Turkic ethnic group, these people are from Middle East Asia. China has officially recognized 55 minority communities, including the Uighurs. Uighur Muslims are considered to be the largest population in the Xinjiang province of China. Xinjiang has a total population of 2.5 million, of which 1 million belong to the Han ethnic group, while 1.4 million are Uighur Muslims. Their number was 44 lakh in 1953, which increased to 1.4 crore in 2020. It is reportedly said that these people want to separate from China. When they oppose any law made by China, they are tortured in various ways, trying to crush them. Han communities from different parts of China were forced to settle here. How many times before this many Muslims have left Xinjiang and told the story of atrocities and genocide in China. China not only tried to control their population but also tried to suppress their language and culture. Why does China keep trying to impose its language and culture? There was pressure to leave their religion. In the name of “Cultural Revolution”, several atrocities were committed against him as a large group of Uighurs turned to militancy. This was perceived by China as a threat to their national security and they intensified the persecution of the Uighurs. In 2009, violent clashes between Uighurs and Han killed 156 people. After this the security was increased there. The Communist Party of China appointed Chen Quanguo as the secretary of Xinjiang, before that he was the secretary of Tibet. He was the first to increase the number of police forces in Xinjiang. The population there was divided into three parts.

Kwanghua imposed various religious restrictions on the Uighurs of Xinjiang, including a ban on prayer, a ban on fasting, a ban on women wearing the veil, etc. They were forced to eat pork and moss, could not marry in their community, would be arrested if they called their relatives living outside. Kwangua then ordered the opening of observation camps and ordered them to be run like military camps. In 2018, when international journalists claimed that Muslims were being persecuted in these camps, China vehemently denied it.

According to a UN report, millions of Uighur Muslims are being locked up in detention centers claiming they are being sterilized.
The United Nations released a report on Xinjiang’s Uighur Muslims in Geneva just before the end of UN Human Rights Commissioner Michelle Bachelet’s term. The United Nations, in a total 48-page report, claimed that “detention centers in Xinjiang are subjected to sexual harassment and gender-based violence, torture, including rape of women. According to the report, the birth rate increased by 48.7 between 2017 and 2019,” according to the report. % declined. and 2019. Sterilization has risen sharply during this period. The United Nations stated that “Uighurs housed in these centers are drugged and forced to be sterilized for family planning purposes. The United Nations has declared China’s act a crime against humanity and called for the immediate release of people illegally and arbitrarily imprisoned by China.

After the publication of the report released by the United Nations, China’s despair was seen in front of the world. As the Human Rights Commission released its report, China responded to the UN allegations with a 121-page report, taking a defensive stance. China has argued that programs such as “de-radicalization” and vocational punishment and training centers have stabilized the rapidly growing insurgency in Xinjiang. “This so-called assessment is a political document that ignores facts, and completely exposes the intentions of the US, Western countries and anti-Chinese forces to use human rights as a political tool,” China said in a statement. Is.” Yes. According to a BBC report, Uighur Human Rights Project executive director Omar Qanat said that “the United Nations has now officially acknowledged that horrific crimes are taking place.”