Michel’s controversial visit to China in May this year began on the anniversary of the infamous 17-point agreement. In 1951, the agreement was forcibly enforced on Tibet by the Beijing administration. 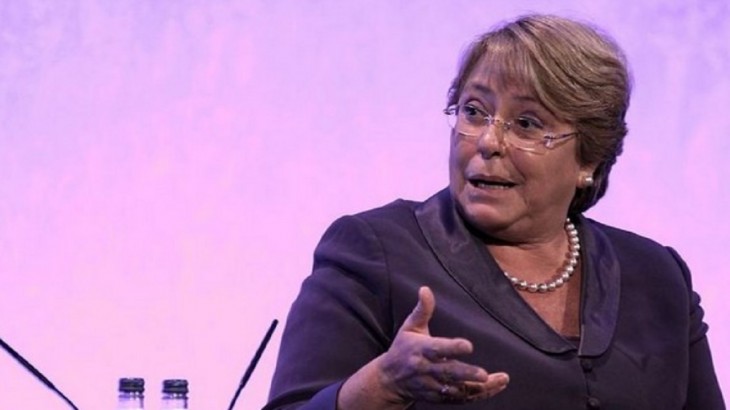 The term of UN human rights chief Michelle Bechlet, who was at the center of many controversies, finally ended on Wednesday. He has been accused of suppressing Uighur Muslims in Xinjiang province because of his close ties with China. Although the last day of his term Michelle Bachelet By Uighurs Issued report of atrocities on Muslims. In addition, Michel has also been accused of not taking up the issue of Tibet on the global stage during his four-year tenure as the head of human rights at the United Nations. This is the reason why Michel’s tenure is being termed ‘irrelevant and uncertain’ despite repeated calls Tibet Why didn’t I put my opinion even once on the global forum. There was no mention of Tibet anywhere in May this year during Michel’s tenure. China during the tour. Activists and organizations fighting for Tibet have repeatedly asked Michel to go to Tibet to find out the truth, but he received a cold response.

Widespread response to Tibet during China visit
Michel’s controversial visit to China in May this year began on the anniversary of the infamous 17-point agreement. In 1951, the agreement was forcibly enforced on Tibet by the Beijing administration. Under this, China formally annexed Tibet. In a statement issued by Michel at the end of his China visit, he mentioned Tibet. Responding to a question at the end of his visit to China, Michel said, “It is important for the autonomous Tibetan region to maintain its linguistic, religious and cultural identity.” Simultaneously, Tibetans should be allowed to speak openly about their religious customs and participate in counselling.’ Meanwhile, Michel said, ‘I discussed the learning of children in the autonomous Tibet region in their mother tongue and culture.’ However, Michel was criticized from all sides for his remarks about Tibet during this period. Michel was accused of missing a historic opportunity to discuss China’s repression of Uighur Muslims and the Sinicization of Tibet.

Tibet’s geocultural identity is lost in China
The global awareness on the Tibet issue and the ongoing crisis there is unmatched. The Chinese Communist Party’s strict ban on information and news from Tibet is to blame. The Beijing administration allows Han Chinese tourists to enter Tibet, but international journalists, members of civil society and even Tibetans in exile are not allowed to enter Tibet. The Beijing administration receives revenue from Han Chinese tourists. Other Han tourists promote Potala Palace as a Chinese tourist destination. This is also the real purpose of China. The Beijing administration is making every effort to preserve Tibet’s traditional geo-cultural identity. Recently, after frequent earthquakes in some areas of Tibet, the CCP has imposed this lockdown on the instructions. Also, natives cannot share any local photos on social media. Tibetans in exile also have no means of knowing the truth about Tibetan self-immolations. Thus the issue of Tibet became a stain for Michelle Bechlet, who was completely ignorant. Especially given that Michel is a refugee himself and was expected to understand the plight of Tibetans who are becoming refugees in their own homes.